First, a lesson in how your values get leveraged against you

Pardon the seeming change in direction here. I promise I'll circle back to the trip to college in a moment. But first ...

Just this morning I saw this comment on social media:

Gotta get that new dictionary everybody is using now. Words = violence and violence = peaceful protest.

The topic of how and why our language has been (is being) twisted is huge and will, I promise, become a theme here, but first...

Let me lead you (the college student) down a dangerous road for just a moment. Lets just say that as one who loves liberty, you believe in free speech.

Notice, I have not (yet) attacked your thinking, called you a bad name or challenged your "facts." I just created a world with my "what if," then called on your compassion (a very good thing to have!) to ask you to give up a tiny bit of your freedom.

You present an argument

You may be smart enough to reject my "reasoning."  You might

However, at this point you are likely just deflecting accusations (from the professor or classmates or both).

Back to the homestead raised child, now a young adult, at college

This child, Your child or better... You yourself are now a young adult and want to be a vet (engineer, medical doctor, nurse--fill in this blank with any number of vocations that really do require higher education).  You learned your whole free-thinking life to be self-sufficient and independent, to work hard and be responsible.  All of this, while also being a compassionate, loyal and responsible family and community member.  Critical thinking, problem solving and careful reasoning should be enough to keep you steady as you go off to college. You would think.

Here, in raw numbers, is the effect on college-aged folks of arguments such as the one I offered above:

When asked in a 2017 Knight Foundation/Gallup survey to choose between free speech and inclusion, slightly more students (53 percent) valued inclusion over free speech (46 percent). They see the position held by many of their elders as uncompromising—and the survey questions that demand an either/or answer reflect that. ("The Practices of Freedom: Freedom of Speech, Academic Freedom, and Shared Governance", 4/2019)

For now, I am going to put aside that dichotomy between "free speech and inclusion."  Suffice to say that it extends easily from the argument I offered above.

While so far I've focused on free speech, that is only because it is one of the most available and obvious attacks on freedom we see from outside looking in on the college classroom. So much so that it seems the only issue surrounding freedom on campus we see addressed publicly.  I am resisting the cliche, but I can't avoid it. 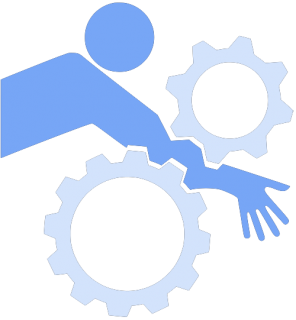 Theoretically, (even for those who fight for inclusion over free speech) knowledge only grows where we have free and open discourse. Think, if you must, of Galileo.

However, you may have noticed if you were watching carefully, there was a slight of hand going on here. I kept pushing it aside to keep your eye on the argument in the classroom. Note that in the context of the classroom and discussions about it this example buried assumptions by the way words and ideas were collected together. While in one column "compassion" was grouped with "inclusion," in the other free speech became associated with "physical harm," "selfishness" and being "uncompromising." Ultimately, if the argument continued, "Freedom" would need to exist in both columns since it would eventually be wrapped up with the idea of "inclusion."

Are you dizzy yet? This confusion of language is not something we can simply push aside and call a game of semantics. Think of it as a very distant rippling caused by a massive battle being waged elsewhere. Revelation of that battle along with the knowledge about how and why it exists also exposes weapons you might use to combat it. For now, lets go back to that social media post and consider how we got to it:

Gotta get that new dictionary everybody is using now. Words = violence and violence = peaceful protest.

How did that dictionary happen? Who is writing it? What is its purpose? Having even partial answers to these questions can mean the difference between surviving college and being cancelled from it (or, worse, a victim of it).

My confessions are my credentials

How do I know these things? I, sadly, lived them. Here's a quick and dirty background:

So, my parents, bless their souls, had managed against all odds to raise a freedom-loving, but rather confused daughter. I think back on those years in grad school as a time when I struggled to bring that upbringing together with the Marxist (and later, Cultural Marxist) world I so wanted to belong to. (Oh! not good enough! I wanted to be loved by it!) I wanted, it seems, to have my freedom cake and eat it too (or to reconcile my love of my parents with the doctrine I was espousing now, but that is a more personal matter).

This split personality worked in my favor. When I wrote a seminar paper, it always felt as though I carried the shield of freedom as I pushed my way into a crowded room full of antithetical ideas. I would not let go of freedom, no matter what! But in the 80's and early 90's these people still professed a belief in freedom so they dare not attack it openly. And my passion for real, individual freedom meant that I challenged everything in ways the powers that be never expected. So I succeeded in the classroom using my parents' values for a purpose they would despise. But hey, I produced stellar "original" academic work!

Think about this for a moment. I used their hypocrisy to survive and succeed. It took me a few years to realize this. In the end I did let freedom finally shake off the shackles of Marxism. I escaped with my heart (or soul, depending on how you read things).

How is this about you?

The current problem... YOUR PROBLEM is that the ideas and theories I thought were just interesting ideas we grad students played around with in the ether of academics, were being proliferated (even by me) in undergraduate classrooms. We were busily creating your current public school teachers, your current college professors and even the lowly folk teaching in your community colleges.

I promised strategies, and here are a few in very brief outline form:

When I bring up the dangers of higher education these days, most parents don't flinch (unless their child has already been and stumbled). Most feel their child has been inoculated with good sense (probably true) or that they aren't going to a high-powered school or that they are going into science or business and that is somehow immune.

I will write on these thoughts next, but if you feel this way, please take a moment to look through some of what organizations such as the Foundation for Individual Rights in Education (FIRE) have been up to. Notice that they address issues of free speech and loss of due process arising at all levels of education, over many departments (not just liberal arts) and in institutions both large and small.

If you are still interested, I've posted a few resources used while working on this over on the Resources and Notes page.